Nowadays setting up an encrypted  file system is something that can be achieved in a matter of minutes, there’s a small drop in FS performance but it’s barely noticeable and the benefits are countless.

All the major distributions allow you to conveniently setup the encrypted volume during the installation and that is very convenient your for you laptop/desktop, nevertheless on the server-side these options are often neglected.

With this how to you’ll be able to set up your encrypted LVM volume in your CentOS 7 in 8 easy steps and less than 15 minutes.

I’m assuming that you’re running LVM already, and that you have some free space available on your volume group (in this case 249G):

skip the shred command if you just have 15 minutes, look at the explanation bellow to see if you’re willing to do so.

After reboot you’ll need to run these two commands to have your encrypted filesystem available on your CentOS 7 system:

I’ve created a volume with 249GB named EncryptedStorage on my volume group storage (each distribution has a naming convention for the volume group name, so you better check yours, just type:

This command proceeds at the sequential write speed of your device and may take some time to complete. It is an important step to make sure no unencrypted data is left on a used device, and to obfuscate the parts of the device that contain encrypted data as opposed to just random data.

You may omit this step although not recommended.

On this step we format the volume with our selected block cypher, in this case I’m using AES encryption with CBC mode, essiv IV and 256 bits key.

A block cipher is a deterministic algorithm that operates on data blocks and allows encryption and decryption of bulk data. The block cipher mode describes a way the block cipher is repeatedly applied on bulk data to encrypt or decrypt the data securely. An initial vector is a block of data used for ciphertext randomization. IV ensures that repeated encryption of the same plain text provides different ciphertext output. IV must not be reused with the same encryption key. For ciphers in CBC mode, IV must be unpredictable, otherwise the system could become vulnerable to certain watermark attacks (and this is the reason for the sha256).

Here we assign and open the encrypted volume to a device that will mapped using device mapper, after this step you will be able to do regular block device operations like on any other lvm volume.

Format the volume with the default ext4 settings, you may use whatever flags you wish though.

Edit /etc/crypttab and the following line:

With this line we will permanently enable  /dev/storage/EncryptedStorage volume assignment to the enc_encrypted_storage mapped device.

The noauto setting is important to the server boot correctly if the blockdevice password is not entered during the boot process, this will enable you to use your custom script or manually insert the password in a later stage using ssh.

This is where we map the previously mapped device to a mount point, in this case /encrypted_storage, the noauto value is set due to the same reasons as in step 5.

Simple mount command, you’ll be able to store and access your files in /encrypted_storage, it will be a good place for the files you want to keep private on your CentOS system.

You may find more information about supported cyphers and options on Redhat documentation:

In this post I’ll be using DD-WRT build 23320 and an ASUS RT-AC66U router to set up two “always on” VPNs (using openvpn) using username / password authentication. This router supports all the new wifi protocols and in theory has over 1Gbps ability using dual band, also supports 2.4GHz and 5.0Ghz band communication. I’ve used it with DD-WRT without any stability issues for more than 6 months now.

DD-WRT is one of my favourite linux distros, it’s specially made to work on home routers, APs and small appliances. You may download it from: http://www.dd-wrt.com and make sure your equipment is supported by looking into the router database.

As I said, I’ll be talking about enhancing the standard functionality of openvpn in dd-wrt. OpenVPN is available on most of the DD-WRT appliances, nevertheless you can only have one vpn connected and it doesn’t support username/password authentication.

Let me describe the setup: 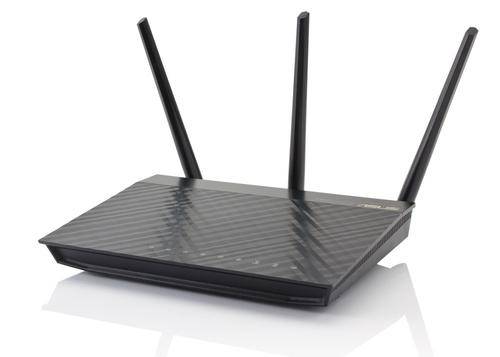 * as an endpoint you may use anykind of applyance or custom-made openvpn solution, if you want to build it fast I’d recommend you Endian FW, Pfsense, or your own OpenVPN installation.

DD-WRT has a very nice graphical interface and we will use it to build our setup, before I configured the router thought the command line, storing all the config data in nvram with the commands:

and the created a startup script that would read all those variables and create the config files.

But as I said there’s a better way of doing it and that’s by using the startup option on the command menu that can be found under administration.

We will create a unique script that will be read when the DD-WRT comes to live and startup our VPNs.

Just go to press edit under the startup place older.

You may insert the text bellow, I’ll describe what it does further on the post.

If you know openvpn a bit deeper you may find odd that I’m not using LZO compression, this is done on purpose, LZO will limit the bandwidth available on the router because of cpu usage. In my case most of the traffic is already compressed (ssh, mp4, images, and so on). With LZO I would find my cpu near 100% with traffic around 25Mbps. So I prefer to disable it and compress the traffic between the endpoints at application level. This allows me to have 100Mbps+ throughput on the VPN link with this router + DD-WRT config.

You will have to edit the firewall place older on DD-WRT , once again press edit and insert the following:

The startup script is nothing more than a set of commands that will be run to create the configuration files on DD-WRT , please be advised that you will have the VPNs in plain text on the configuration, this may pose a security risk. Nevertheless it’s not less insecure than have the full configuration relaying on certificates as if someone is able to retrieve your data from  DD-WRT he will also be able to retrieve the certificates. If you really don’t want to have the password on plain text you won’t be able to fully automate the VPN startup process.

The iptables rules are need in order to allow access to the different networks, this is the most basic set of rules that will allow the configuration I proposed at the beginning. Finally please don’t forget to change the route-upX.sh scripts to match your needs. 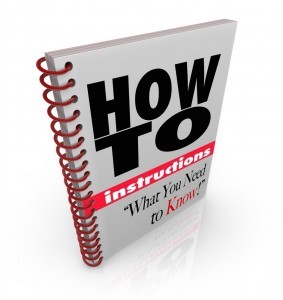 How do I enable IP forwarding on a Linux router?

People ask me this time and time again so here are 2 short answer.

You can check some more information on Redhat documentation.

Please take notice that by enabling IP forward you are accepting that your server will act as an router.

This can be a security issue if your firewall, and in special, the FORWARD iptables chain is not correctly configured.

It’s been a while since I last wrote and today I won’t write much either, I’ll just leave an update on the TOR rpm packages for RHEL 6 and it’s clones.

How to re-scan the scsi bus 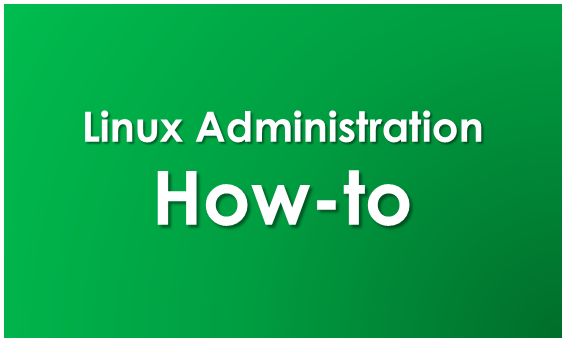 For my personal reference (from http://jeff.blogs.ocjtech.us/2008/05/how-to-re-scan-scsi-bus-on-linux.html)

How to re-scan the SCSI bus on Linux:

Update: Tim Verhoeven has a more complete description of the re-scanning process.
http://misterd77.blogspot.com/2007/12/how-to-scan-scsi-bus-with-26-kernel.html 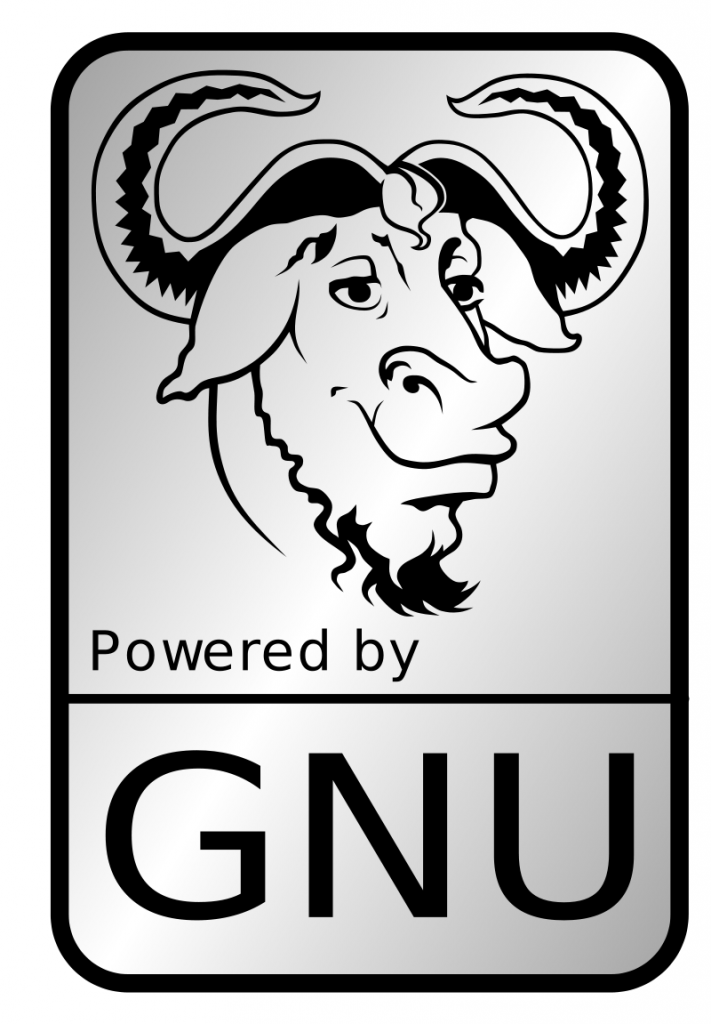 Listing storage (scsi) paths for use with multipath

About a year ago I’ve setup some linux RHEL 6 with multipath access to an HP EVA storage.

As you can see I’ve one available disk on this server, actually this one is a RAID1 (HW) config (sda), 16 paths to my storage device, that delivers 4 different volumes (4 paths to each volume).
Sometime later I’ll discuss the multipath configuration but for now i just wanted to leave the command line that help me list all the paths ids.
Cheers,
Pedro Oliveira