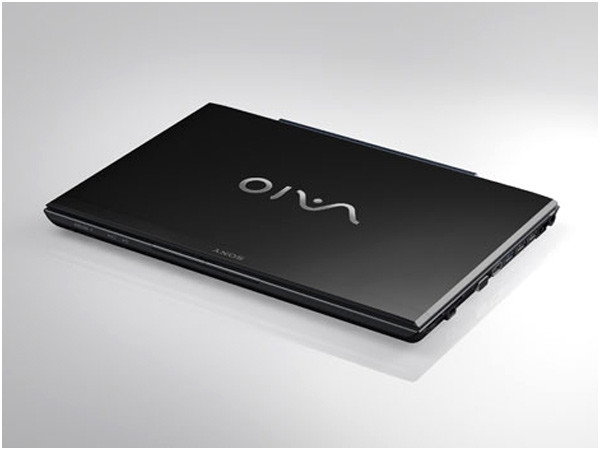 Recently I’ve updated my openSuSE 11.4 to the latest openSuSE 12.1, it was a hassle free upgrade and my system is running smoothly, nevertheless I didn’t use one of my favorite features on this laptop, the built-in GSM card.
Today I needed it and, bummer,  it didn’t work, even if I could see it in network manager, I remembered I didn’t install the firmware (this card needs a firmware to be inserted every time the device boots). So I put the files in /lib/firmware/gobi and run gobi_loader it ran just perfect.
Next i reboot the laptop, but it didn’t load the firmware automatically, I’ve checked udev and the entry was missing.

So in order to use the Qualcomm, Inc. Sony Gobi 2000 Wireless Modem with the Vaio VPCSB you’ll need:

Copy the firmware files to /lib/firmware/gobi (you can find these files on the net (i won’t put them here because of license issues) the names;

With the latest gobi_loader from SuSE it’s all. But it still doesn’t work do the following:

Create a new udev rule file (with joe, vi, kwrite, gedit, etc), just don’t forget you must be root or use sudo:

Hello,
Once again I’m writing about stuff I recently bought. This time it’s about my Samsung Galaxy Tab 10.1 (LTE, 16GB storage).
I’ve bought it 2 months ago (more or less) and it’s been my companion since, it’s my favorite gadget and the one i use more when I’m not working. So… why do i like it this much, what is it’s strengths and weakness?

Apps that I really enjoy:

Conclusions
The galaxy tab is great and I love it. it has a large display that allows you to see perfect high def. movies during a flight, the battery run for 12+ hours (in flight mode), I’ve also about 50 apps that complement my tab usage so I find the apps availability very good. I also enjoy the freedom that LTE (4G,3G) gives me while on the road.
I also enjoy the ability to use it for remote access to servers (MS and Linux), it’s my first gadget where i can really do some work for a while without getting too tired (if you use ssh on your mobile phone you know what I mean).
Another good thing about the Galaxy Tab 10.1 is that I almost don’t use my laptop at home, it’s perfect for browsing the web and replying email, but better that it all it’s the newspaper and magazine applications that allow me to read all the things I want without carrying too much stuff with me.

But, and there’s always a but, Samsung and Google fail on this device and it’s software. Samsung uses touchwiz on top of honeycomb, and thats a pain, then the kies software for the desktop is only available on windows, and to finish it Google didn’t release the source code for honeycomb.
Most of the bad things on this device don’t affect the regular, non informed user but they limit the hardware usage where you don’t have the freedom to choose the type of installation you like, you’ll have a hard time to compile your own kernel modules and to tune your hardware as you like it. All this is more of Google fault than Samsung but there’s hope with ice cream sandwich (android v4).
on Samsung I complain on the slow release cycle and on their Touchwiz software that is a piece of crap, also the desktop software is also buggy and slow (I just used it twice though).
Whenever I need to transfer a file to the Galaxy Tab I use an ssh server on the Tab and send the file through wireless connection with scp or rsync.

To finish I recommend this to everyone, it made my life easier both on the professional side as well at home, it’s a great product, well build with quality components and very easy to use.
Now I only hope Samsung do a better work on the software side, the device is sure worth it.
Cheers,
Pedro Oliveira

Linux is not Windows and if reboot fail you usually still connect by SSH and do something. This commands will show you how to remotely hard reboot machine.

Hard reboot mean that shutdown scripts will not run and machine reboot immediately without syncing hard disk drives, shutdown applications etc, it’s like hitting the reset button on your server.

This commands enable sysrq and after this calls fast reboot. If you want to force shutdown machine try this.
Force shutdown

This came handy, when I had a server that had some IO error and it can no longer read from disk, only few cached binaries into memory kept it running (kernel, SSHD, bash), I could still access the machine via SSH but can no longer do anything, forcing the reboot as mentioned above was my only resort, and it worked like charm…

This weekend I’ve had some free time so I tested a new kernel on my suse 11.1 x86_64 system. I’ve been a beta tester for the kernel for some time and I was eager to test the final version.

There are plenty new features, the one I enjoy more are probably on the filesystem area but there is plenty to choose.

I still didn’t do extensive testing but so far so good ;), although my kde4.3  seams to lag a bit, I’m not sure if this is from the new kernel or the changes I’ve done within KDE itself.

So, what are you waiting for… TRY IT

From sometime now I’ve been working on debugging  software, I don’ mind using betas (with all the inherent pain), as a matter of fact I like it a lot. But recently I had a problem with my MERLIN U740 PCMCIA card (it’s a 3G modem). This card emulates two USB ports and in one there’s the modem. This as been working for year without problems but since the kernel 2.6.24 it stopped working in x86_64. I didn’t care that much as i was working out of the country and didn’t use the card. But now I need to use it so I posted a bug report in OpenSuSE (the distro i use) and I’ve been testing their output on this bug. Finally its solved in the kernel 2.6.31 (from the release candidate 3) and it will be included in the main stream OpenSuSE distribution 11.2 (it’s already included in the factory version).

The bug I’m talking about is described in:

and it’s about the following kernel messages:

So in the end i can say I’m pretty happy with Linux support, and this kind of support is available to open source distros, not only to enterprise level distributions such as SLES or RHE. Just keep on filling those bugs reports when you find one.
Cheers,
Pedro Oliveira